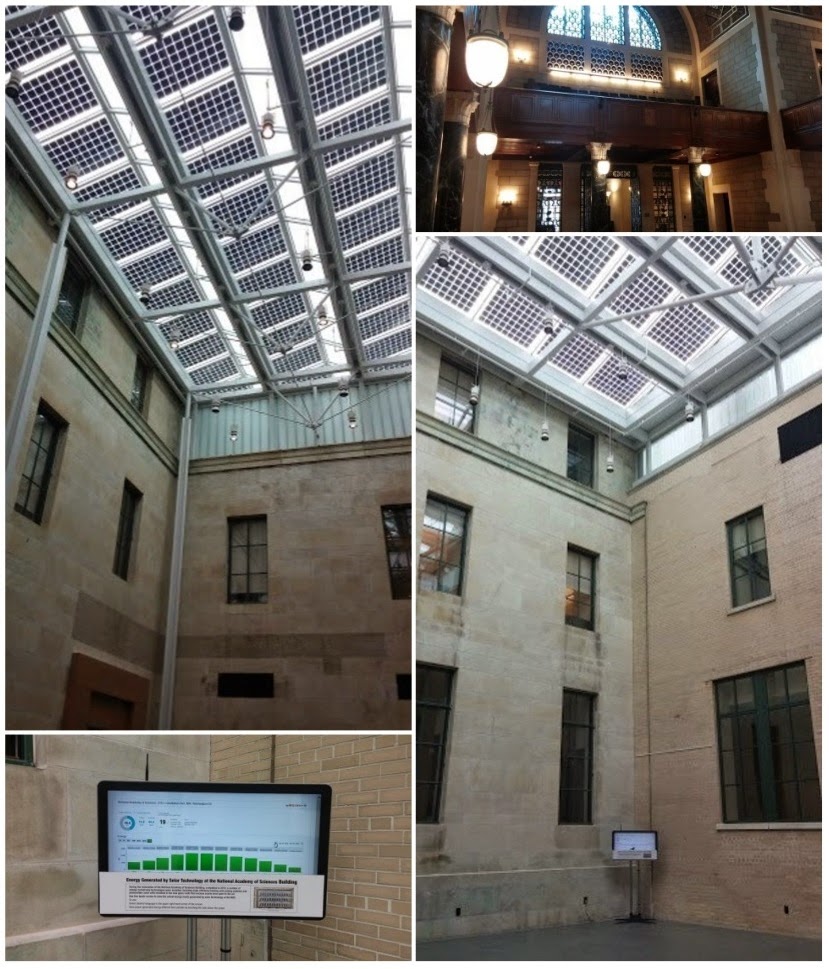 This one is a beauty.

During lunch on Friday, I was given a nice tour by National Academy of Sciences (NAS) staff. This 1924 building sits on the National Mall at (2101 Constitution Ave) with the big statue of Einstein in front.

It's got two courtyards with skylights and if you look up, you will notice that the skylights have a special look. That's because there are photovoltaic cells integrated into the windows--INTEGRATED PHOTOVOLTAICS! Big deal in Europe, getting bigger in the U.S.

Here are some quick stats:

The building has also been refitted with energy efficient lighting--light emitting diodes (LEDs) and compact fluorescents (CFLs). In the top right photo, the acorn lights are CFL and the track light under the arched window are LEDs. Did you know that LEDs use less than 1/4 of the watts of your standard incandescent bulb (Bulb America)? LEDs + solar = more lumens for less.

On a final note, I would highly recommend the NAS cafeteria.
at 4:09 PM
Location: 2101 Constitution Avenue Northwest, Washington, DC 20418, USA