Saturday morning, I was having no luck photographing solar. I showed up to three places hoping they would let me feature their projects in my blog and they all told me to take a hike.

I pouted and biked for a while until I found myself outside of the National Air and Space Museum. It hit me. Photo-voltaic solar cells gained prominence during the space race!

After pushing a few school groups out of my way, I was in front of the giant Skylab B solar array. Two Skylab modules were built in 1970. One was launched May 1973 and reentered July 1979. The one pictured was canceled due to lack of funding and stored for a while before making it to the museum.

The solar wing is roughly 25 x 20 ft. and has 147,840 solar cells. The Skylab that made it to space had one of its solar wings damaged during launch. The remaining wing provided 6 kilowatts--enough to power 171 days of human operations and information during 34,981 earth orbits. 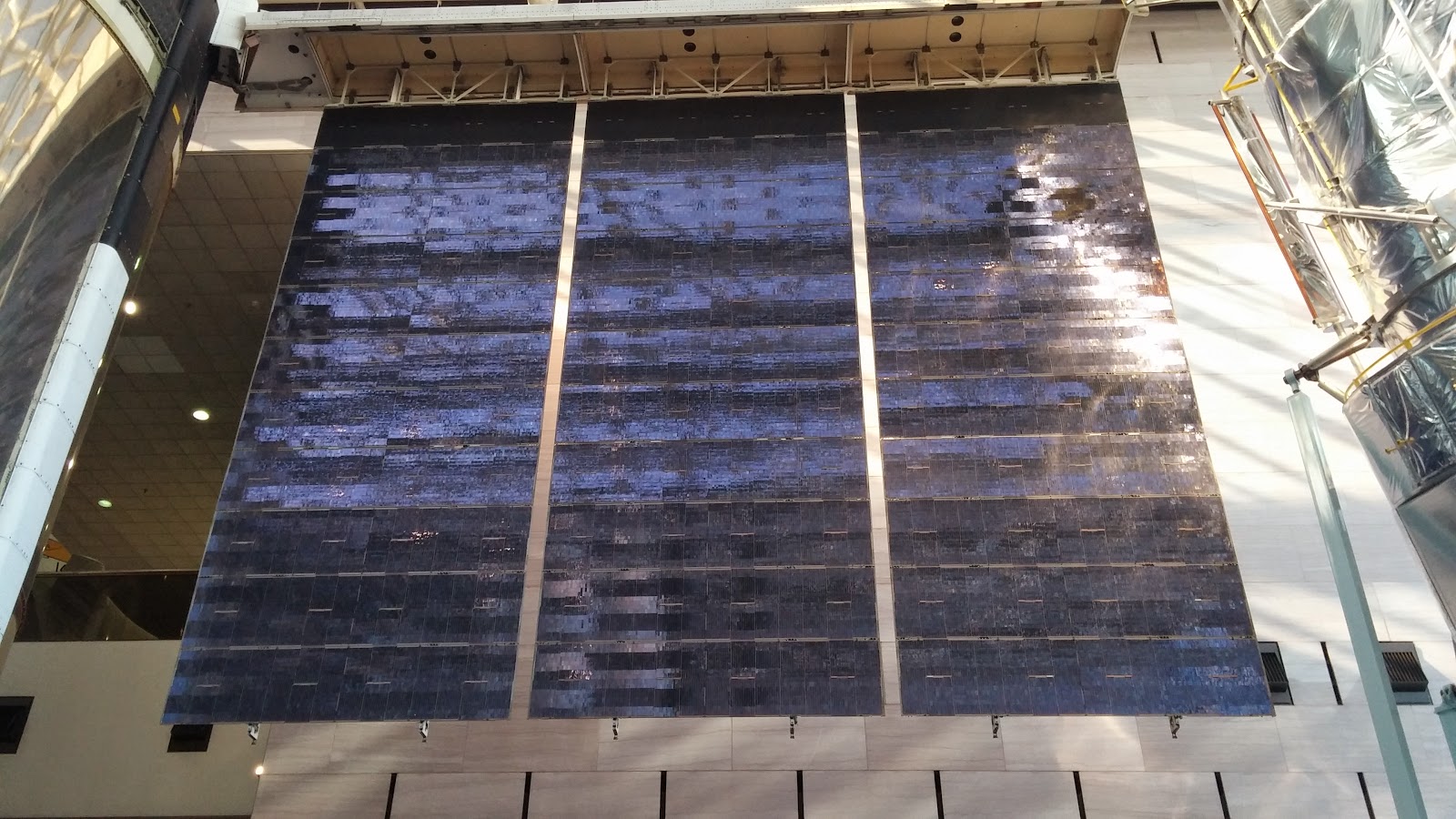 To get a better idea of Skylab, I'll provide you with two things:  a diagram and an historically accurate simulation (at 3:20, the astronauts deploy the caught solar wing).

For those that are really interested, I came across this short but epic History Channel video on the launch drama.
at 6:37 AM
Location: 600 Independence Avenue Southwest, Washington, DC 20597, USA