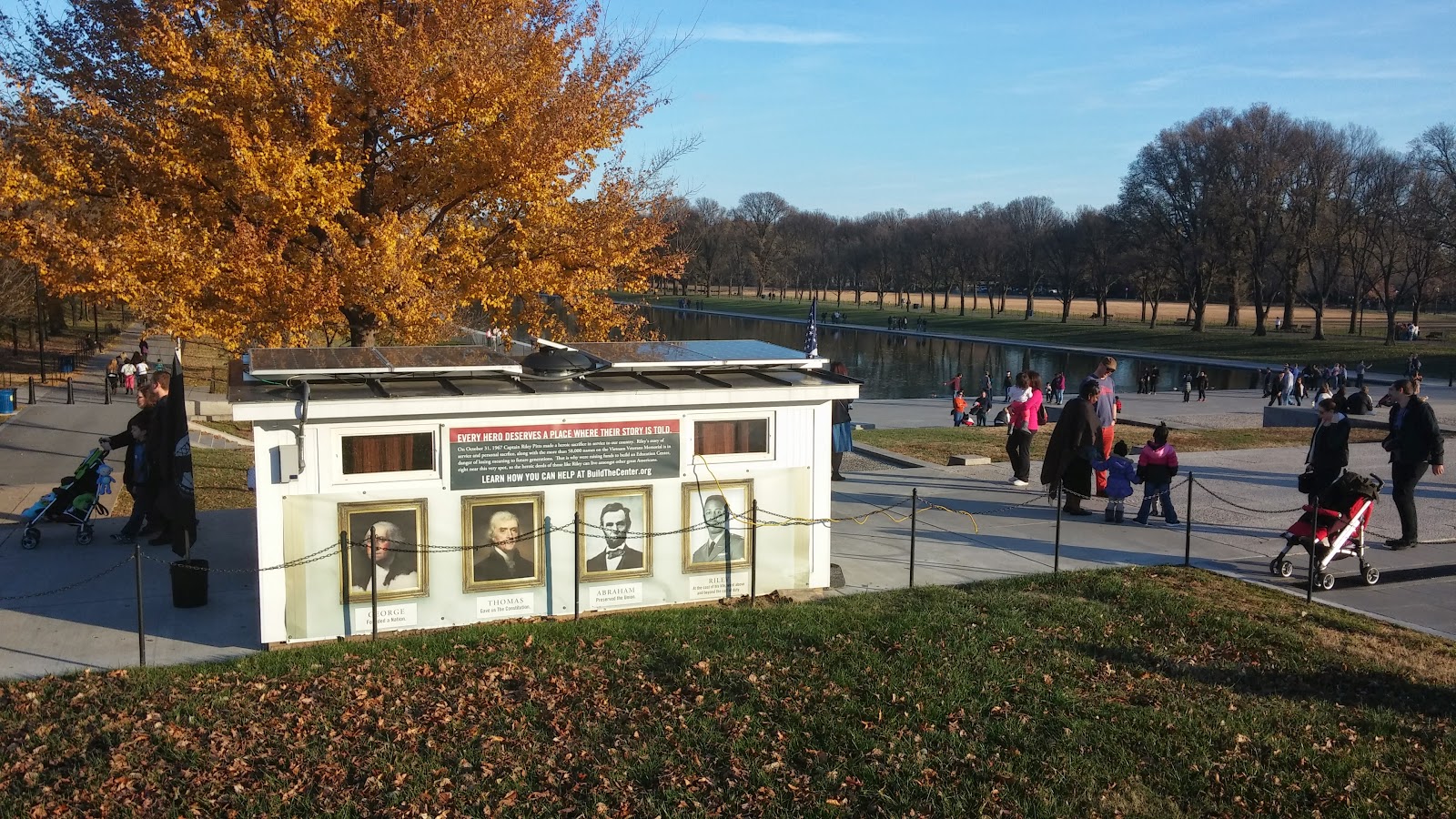 Between the Lincoln and Vietnam Memorials, you will notice a tiny, lone kiosk. Since 1987, Rolling Thunder has used this kiosk to educate tourists about POW-MIA issues and to sell patches/military items to raise money to support veterans.

There are four SolarWorld Sunmodules that light the kiosk at night. Each panel kicks out 270 Watts (1080 total) and costs $276. Before the solar, it was powered by propane and apparently, it burned down in 2010.

While looking at this kiosk, I couldn't help but think about M-PESA, the mobile banking phenomenon in Kenya. With M-PESA, the client buys e-cash at any agent and sends it to any other mobile phone user in Kenya. You can find agents ANYWHERE...kiosks, corner stores, and even vehicles. According to this May 2013 Economist article, there is a network of 40,000 agents that serve 17 million Kenyan users!

However, electricity is a big problem. National electrification levels in Kenya remain below 30% (National Bureau of Economic Research). Many of the agents operate in rural areas, where electricity is least accessible. Kiosks need electricity to charge phones, operate computers, and remain lit at night.

Here are two interesting solutions: ARED's
Mobile Solar Kiosk and the Solarkiosk, which made a big splash in Ethiopia in July 2012. Although the products are fascinating, it's the basic solar kiosk idea that's king. Readers, I'll keep you posted on the inevitable competition to bring solar kiosk costs down. You'll be seeing the results both in rural Kenya and D.C.